Planning for retirement can be overwhelming. The most common goal among pre-retirees is to simply to just that, retire and stay retired. There are so many factors and unknowns to consider, it makes sense why the number one fear amongst retirees is running out of money while in retirement. We want you feel confident about financial goals so that you can enjoy your retirement the way you want to.

Investing for retirement today can be tricky. Specifically, the challenging environment retirees find themselves in at this moment poses obstacles. We have stocks near all-time highs and bond yields in a rising rate environment. In fact, the average money market yield[1] is hovering around half a percent which is low historically. These days fixed income and cash are generating a fraction of the income most need for retirement. That may force retirees to rethink their risk tolerance and consider going all in on stocks. However, right now may not be the best time todo that. By many measures the stock market appears overvalued. As economist and strategist David Rosenberg points out “We are in another massive bubble. While he does admit that “Not every single part of the market is in a bubble, but we have speculative frenzies in many pockets.” Even Warren Buffett’s right-hand man Charlie Munger was quoted saying “I think it must end badly but I don’t know when” when referring to the stock markets latest run. I get that there area lot of people in the younger generations who are discounting the opinion of guys like Warren Buffett and Charlie Munger these days because of their old age. I can also see how it is hard to connect with younger investors when their company website is a spitting image of the very first website ever created. But, they have been through countless market cycles and that experience could really help here. Regardless of who you want to believe, there are statistical measures of the market that show signs of being overvalued.

On the flip side, bond yields are coming off the lows of last year and although yields have been climbing, they are still at historically low levels. Most retirees would likely welcome higher yields to provide more income on investments like CDs, bonds, or even cash; however, the inverse relationship between yields and bond prices that can be concerning. as yields increase, the price of bonds falls. So, if you are investing in a bond fund or ETF that are commonly featured in most 401K plans, you may see the value of that fund decrease as rates rise. You may be thinking, “I thought fixed income is … fixed.” Fixed income funds can lose money, which might have some retirees thinking about bailing on bonds. Even in his annual letter to shareholders, Warren Buffett warns that fixed income investors face a bleak future.  So, as bonds have become less attractive lately and the attention has shifted more heavily to the stock market as it reaches new highs, I want to spend some time talking about bubbles.

As we have seen the markets continue to rise over the recent weeks, there has been an increased discussion about whether or not we are in a stock market bubble. In fact, a recent study by E*TRADE showed that 66% of investors believe we are fully or somewhat in a bubble[3]. Sadly, that is the same percentage of Millennials who believe the earth is round which is a shockingly low number to me[4]. Now, to be fair, there have been articles dating back to 2010 arguing that the stock market was in a bubble then and clearly that wasn’t the case. Instead of trying to determine whether or not we are in a bubble, I want to talk about bubbles themselves and what you can do if you are retired or close to retirement and you are worried that the stock market is in a bubble.

What is a bubble?

Put simply by one time Fed Chair Alan Greenspan, it is irrational exuberance in which asset prices, in this case stock prices, exceed the fundamental value of the underlying company by a large margin. This is when speculative demand outweighs intrinsic value causing prices to skyrocket before the bubble pops. We have seen bubbles in the past for example the “.com” bubble or “Housing bubble” and most recently we can look at GameStop as the perfect example of a bubble. A stock that some research analysts have a price target of $9 per share saw its share price reach over $480 and its market cap climb higher than grocery store chain Kroger, all due to massive levels of speculation. When analyzing bubbles, Economist Hyman Minsky identified 5 stages in a typical credit cycle that also help explain the patter of a bubble.

The first stage is Displacement. In other words, this is when a new product/technology or paradigm shift causes investors to peak their head around the corner and start entering into the market. The dot com era was littered with new technology due to the rise of the internet, but in the housing bubble it was subprime loans.

The second stage is the Boom phase. This is where investors are pouring money in left and right and now the media has gotten ahold of the story and everywhere you turn, it seems like it’s all anyone can talk about.

The next stage is the Euphoria stage. This is where investors are convinced that the money train is going to keep rolling. In the example of GameStop, we had some calling for a $1000 price target on the stock and a bunch of people on social media talking about their diamond hands referring to their “Never Sell” mentality. In the housing bubble, there was no better example of the Euphoria stage than the show “Flip This House”.

After the Euphoria stage, we start seeing the Profit Taking phase. This is where investors started coming to their senses that the actual value of the asset was much less than where the market was pricing it at. As investors start coming to their senses and the early profit takers start selling, the realization starts to set in that prices were way too high and unsustainable.

That’s when the final stage kicks in, the Panic phase. Now everyone starts selling, and the price drops like a rock and people being to salvage any value they can. Reality then sets in and people remember that the market is not a game.

Now that we know what a bubble is and what the stages are, let’s look at what should you do if you are close to or in retirement and you’re worried that the stock market is overvalued or even in a bubble

What To Do In A Bubble

As with any investment, there are 3 options Buy, Sell or Hold.

One option is to follow Hedge fund manager George Soros who once said, “When I see a bubble forming, I rush to buy, adding fuel to the fire.”[1]. That mindset may be fine for a hedge fund manager. But, for someone that is focused on retirement in a safe and secure manner that is not a good idea. In talking to individual investors about their experience investing in the bubbles of the past, they are the ones that seem to have gotten hurt the most. According to a study by Vanguard, by the end of 2002, 70% of 401Ks had lost at least 20% of their value. In Great Recession of 2008, 401Ks and IRAs lost about2.4 trillion dollars and the average loss for workers who had been on the job for 20 years was about 25%. The tech bubble in the late 90’s or the housing bubble and credit crisis in the mid-2000’s were giant factors in both cases. The problem with getting caught up in a heated market is that at some point when the bubble pops, the story doesn’t end well and for those that are in or near retirement, the reward is just not worth the risk.

The next choice you have when trying to determine what to doin a stock market bubble is the reactive one, you could always sell. A common thought amongst investors when concerned about the market is to just sell everything and wait until things get better. But what does better mean? If the market is at all-time highs and you want to sell all of your stocks and sit in cash, does that mean you are going to be comfortable buying stocks in a falling market? Remember, every headline in the news will likely be about how the market has much more to fall, so at what point are you comfortable buying. What if the market keeps going higher?

Another option if you think the market is in a bubble is that you could do nothing. You can put your head down and continue investing based on your own personal risk tolerance and financial goals. There is no rule saying that you must be an active trader. In fact, an internal performance review of accounts at Fidelity found that investors who had the best returns between 2003 and 2013 were either dead or forgot they even had the account[6].I love my grandma, may she rest in peace, but I don’t not want her investments outperforming mine simply because I lacked a disciplined investment strategy and I tried to be an active trader.

At times, the investment world will feel uncomfortable and after the past few weeks it is natural to feel uneasy about the level of speculation in the market. I am not here telling you that you need to buy, or you need to sell. Every individual investor is different. What I am saying is that a properly allocated retirement portfolio should include a contingency plan for when the market goes down. If you are nervous about the current levels of the market now, maybe it is a great time to review your investment plan or use this as an opportunity to rebalance your account if your stock exposure is higher than you are comfortable with. Buying and selling does not have to be an all or nothing decision. If it would help alleviate some of the anxiety you have about your retirement account, maybe you trim your stock exposure a few percentage points giving yourself some additional months of retirement income reserves. But, if you are within a few years of retirement, your portfolio should already be close to a retirement income allocation and positioned to handle market volatility. If you still find yourself uncomfortable with the markets or whether or not your retirement is on the right track, we are here to help. 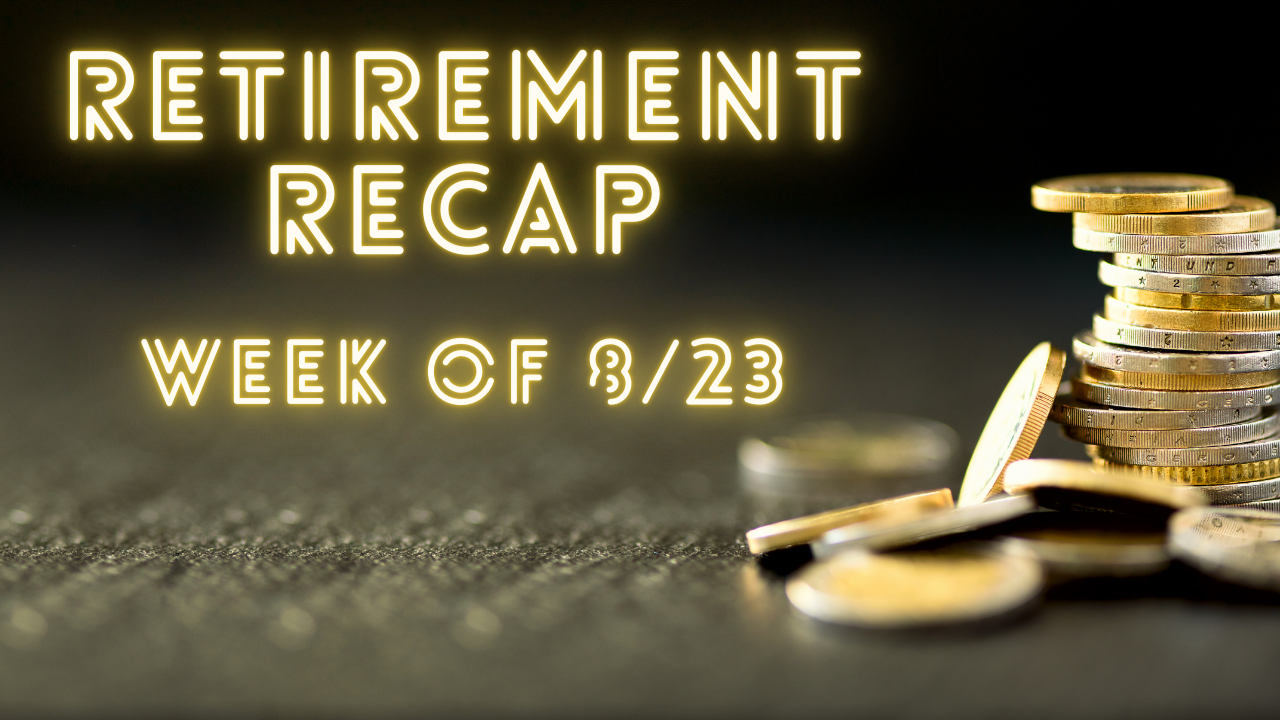 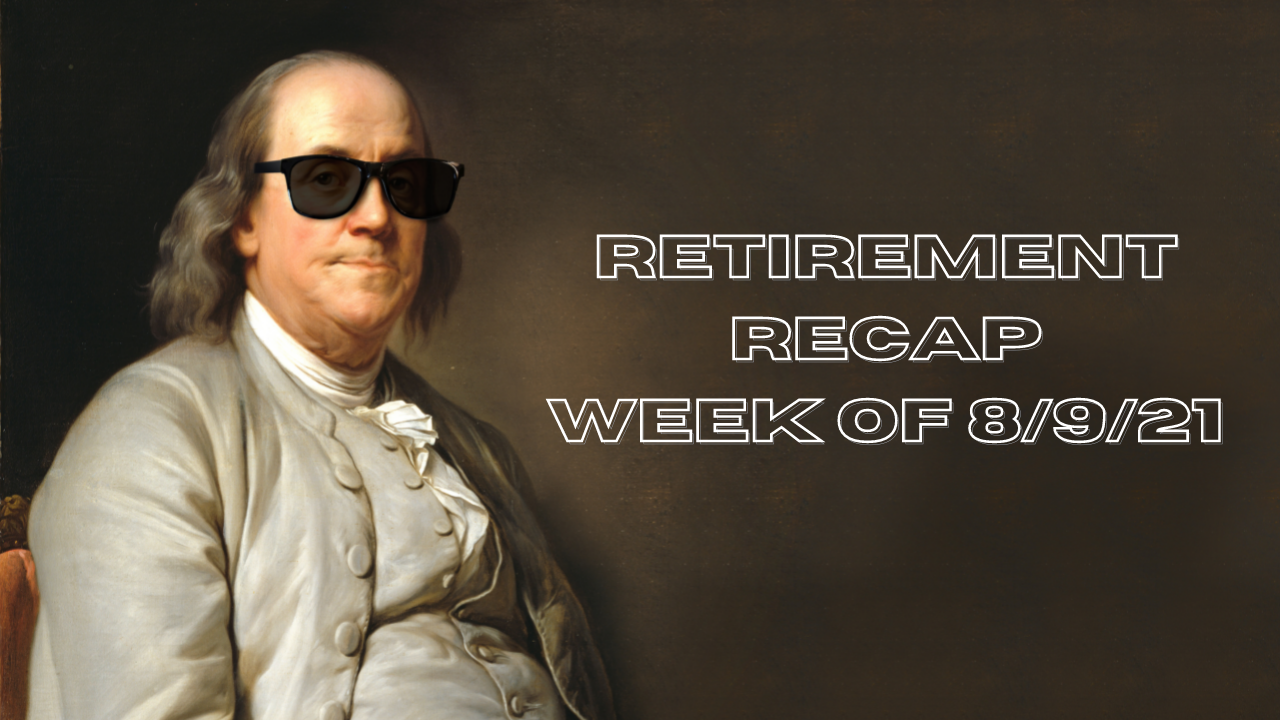 How to Reduce Stress When Saving for Retirement 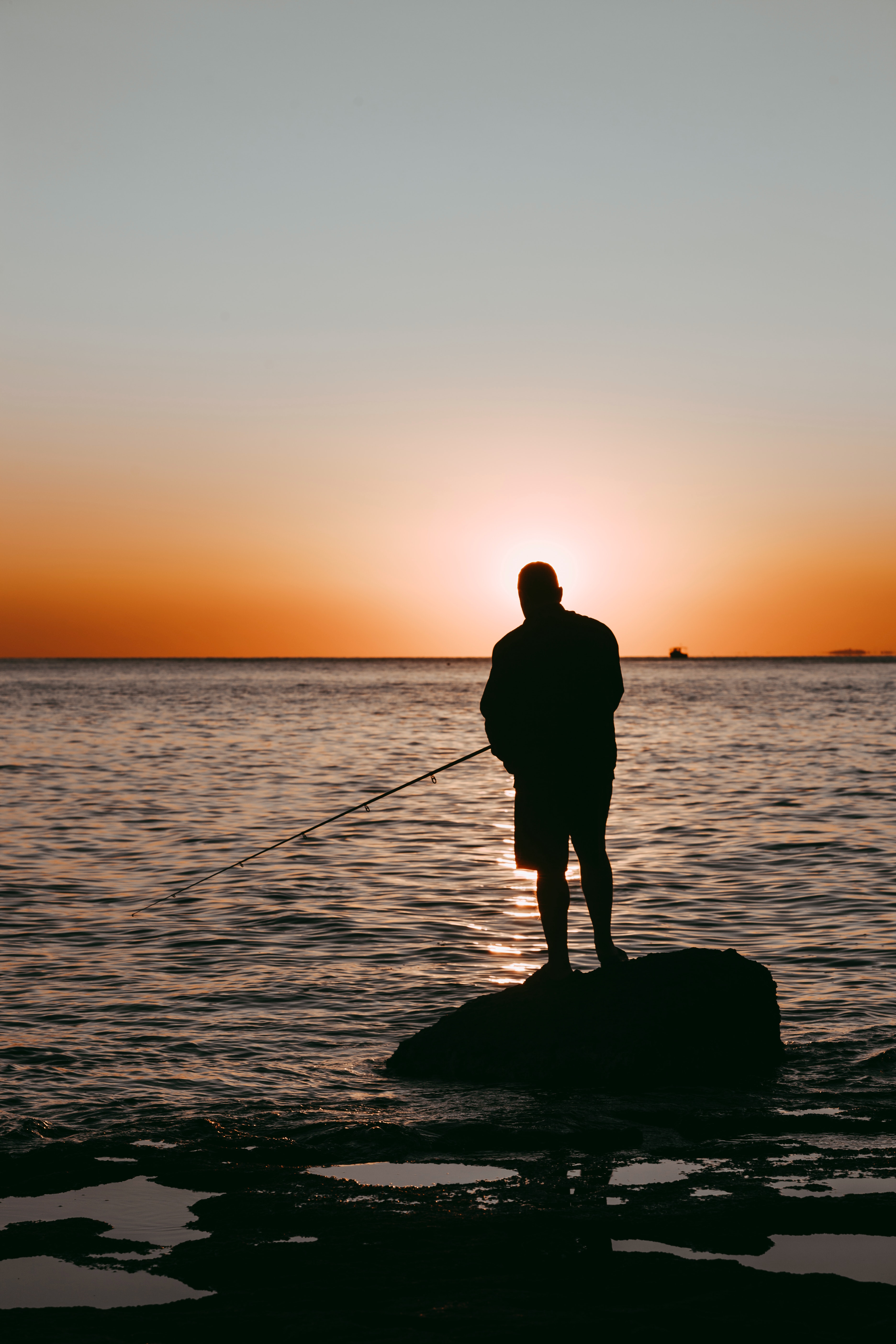 The Roth IRA Conversion: Is It Right For You? 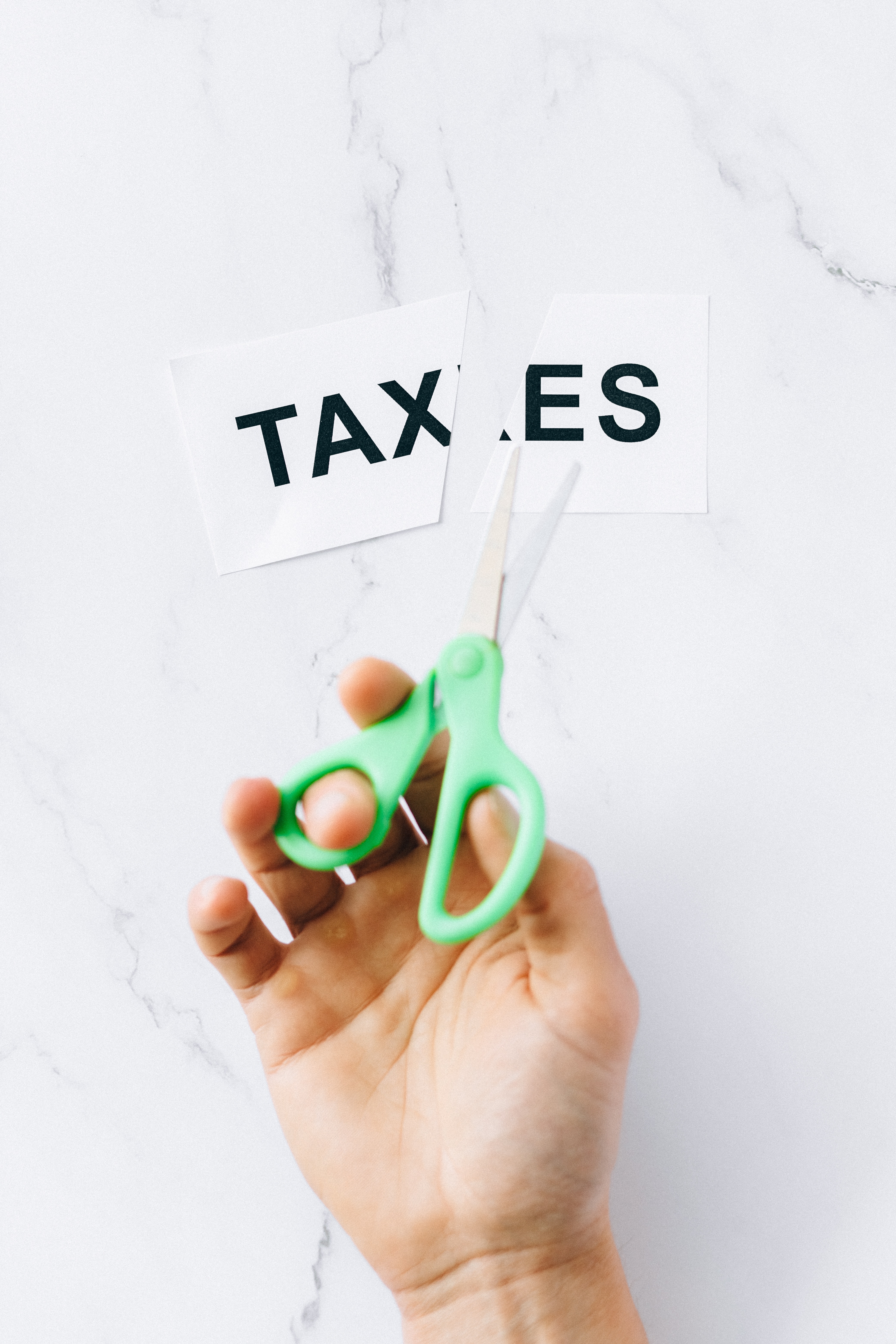 HOW DO I SAVE MORE? AM I ON TRACK? WHAT ADVICE CAN I REALLY TRUST?

We’re here to help. Get in touch to request your personalized wealth strategy without cost or obligation.